Nothing much to see at CommunicAsia this year, supposed to have more exhibitors this year but it seems like there's less things to see..

And where's the cute models?? *sianz half*

Played with some new and upcoming handsets, not very impressed.

LG chocolate is boring and a smudge magnet, I would be nuts to get it. Oh, I don't like its interface and the feel is not really that great. 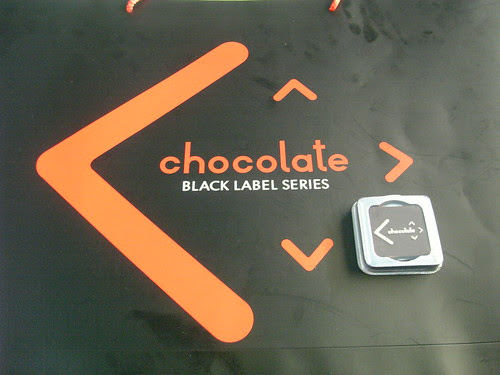 But they gave me chocolate :p

Samsung showed off their super duper Korean handsets.. from 5mp to 7 mp to 10mp!! wtf!! The pics are damn clear!! 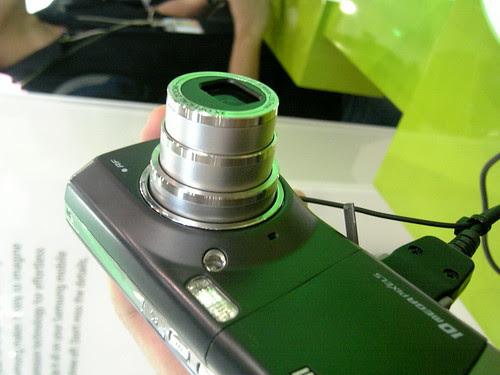 Just look at it.. it have 4 times optical zoom.. *impressed*

Motorola is boring this year.. Where's my cutie?! How can you not get him back? And what's with the weird clothes that the models wear? UGLY!!

No new, interesting phones from motorola this year, it's all the same razr and slvr series.. All they do is to change the colour.. *boring* *yawns* 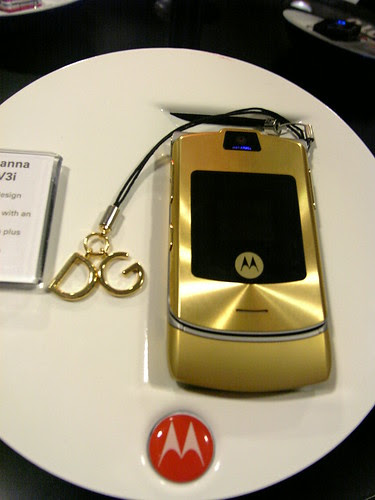 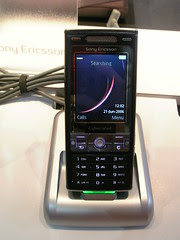 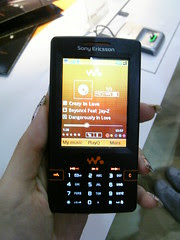 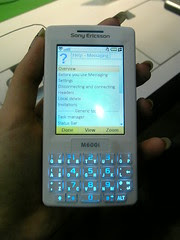 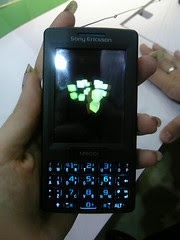 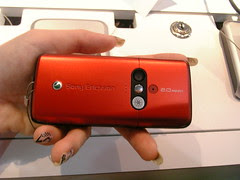 There are other phones on show, like p990, W850 and K800, but with the NTT Docomo booth beckoning, who can be bothered with se?!

As usual, Docomo sweeps me off my feet with their impressive lineup..

First up is this biodegradeable phone.. 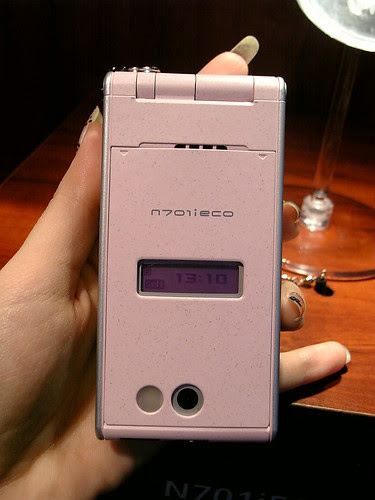 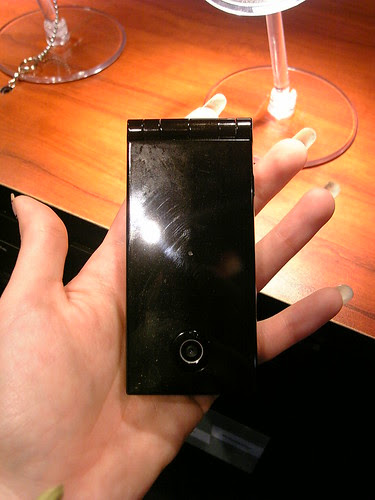 The simple and pure series.. 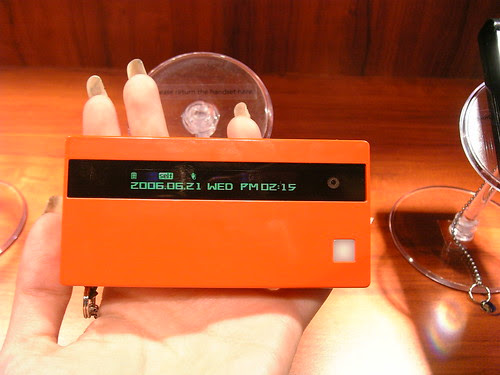 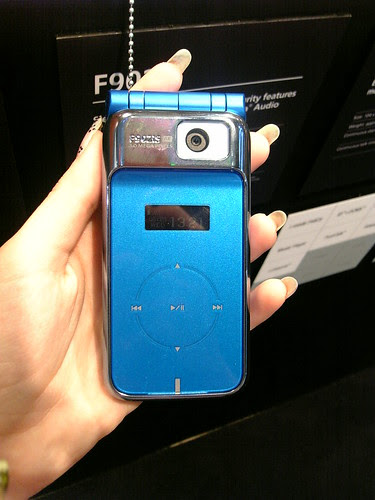 The next two totally blew me off.. 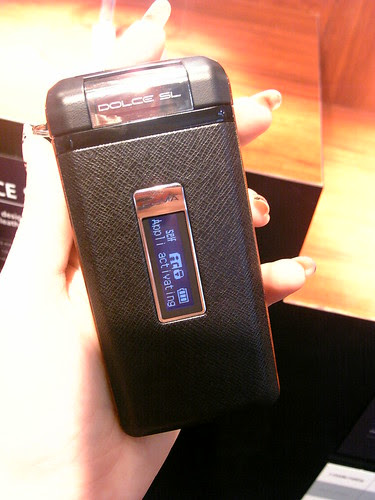 Black leather, I like.. But take a look inside.. 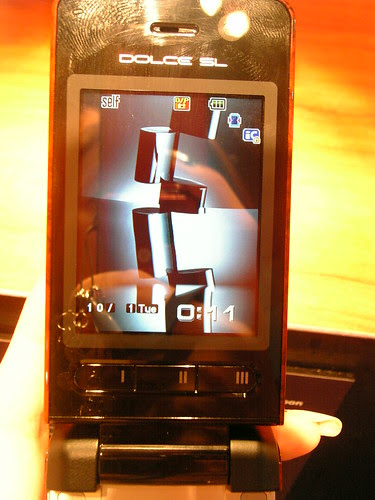 The screen is so good!! And that's not all, when you tilt the screen at an angle, you can see words.. very hard to explain, so just check out the video :p

I just love this phone.. 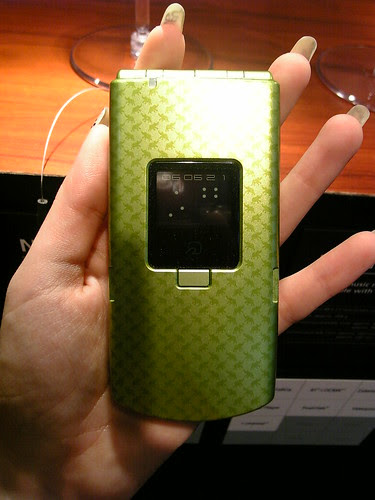 Those are little green elephants.. not my fav color.. but but.. 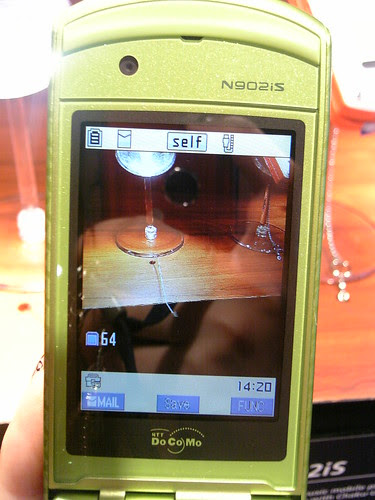 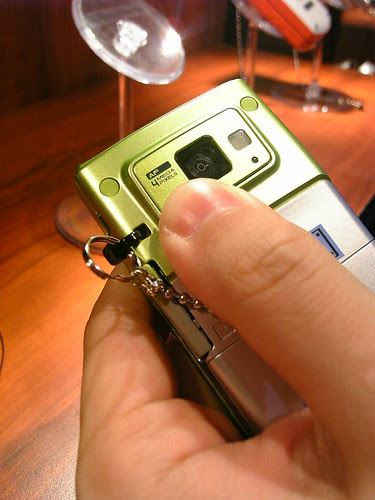 4mp camera lor!! and the rendering is superb, my 903 cannot capture how impressed Ah Dear and I was by the pictures taken.. I think it's even better than the samsung 10mp!!

Oh, I love this photo too.. darn nice rite, the way the phone is in focus and the background is blurred :p

A brand to look out for is Qool. It's a local brand though not much people know about them. It's a pity that a local company lacks local support and we're missing out on the great phones that they produce.

One of them is this babe (sorry, pic is abit blur) 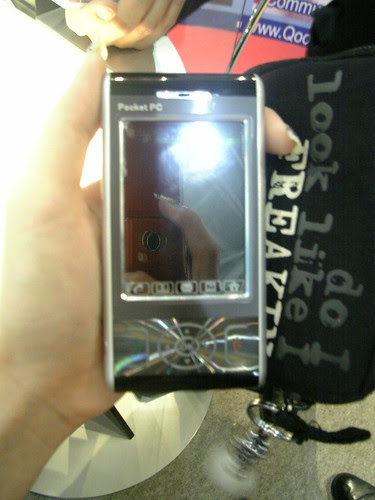 It runs on windows mobile 5.0, is one of the thinnest pda phones around.. and.. 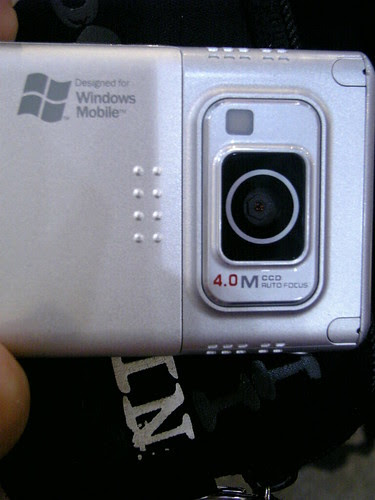 It have a 4.0mp CCD, autofocus camera. Now not many pda phones can boost that, not even normal handsets can boost such a good camera..

No time to blog much.. I have so many backdated posts and pictures.. but anyway, here's my flickr set, enjoy :) Oh, all pictures taken by my ever trusty 903sh :) Why don't Vodafone have a booth?! *pouts*

Wah the photos taken by sharp 903? 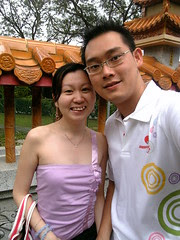